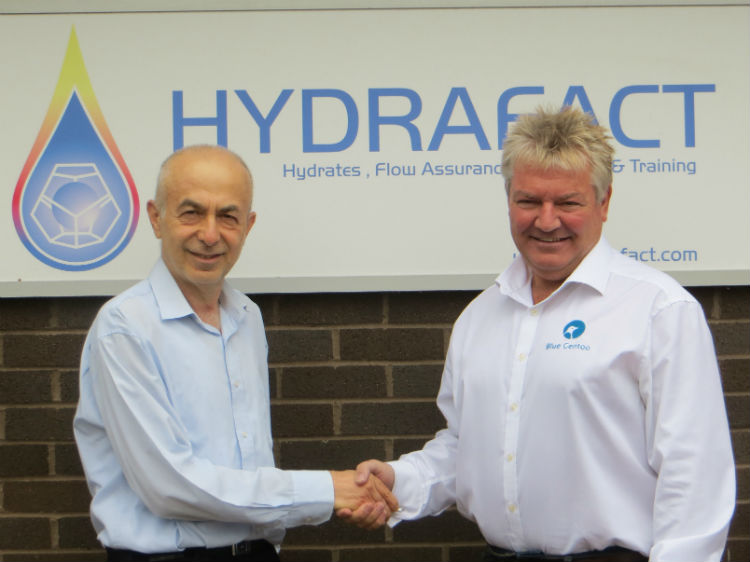 Blue Gentoo was launched earlier this year as a result of Scottish Enterprise’s Grey Matters business incubator programme, which helped new businesses to form to serve the needs of the global oil and gas industry. The programme called for entrepreneurs to come forward with the ability and ambition to build scalable, internationally-focussed businesses.

Blue Gentoo was formed by four experienced oil industry professionals with complementary skills in innovation, operations, sales and finance. Phil Bremner, CEO, is an experienced international sub-sea engineering manager, who has been responsible for subsea production system integrity and intervention projects for major oil and gas operating companies globally. He saw an opportunity for Blue Gentoo to address the problems of gas hydrates, which is a major headache for gas producers, particularly those operating in deep water.

Gas hydrates form as ice solids in wells and pipelines when gas comes into contact with water. They can block pipelines and restrict gas flow, resulting in lost production and damage to infrastructure.

Once formed, hydrates are very hard to remove and can take days or weeks to dissolve or break up.

The industry spends millions of pounds each day to prevent hydrates from forming by the continuous injection of MEG (Mono Ethylene Glycol) or methanol into the gas flow (which work like anti-freeze).

MEG is expensive to buy, store and inject, and also to recover, recycle and reuse (which is an environmental requirement).

Blue Gentoo will address this problem by providing technology to monitor well conditions and advise the optimum levels of MEG to inject to prevent the formation of hydrates and maintain a satisfactory safety margin for customers. This will provide greater flow assurance and save customers millions of pounds through lower operating costs and lower capital expenditure costs (by reducing the amount of MEG and methanol that is used).

Blue Gentoo chose to partner with Hydrafact, a Heriot Watt spin-out company, which is the recognised global expert in gas hydrate management and has 30 years of research data on gas hydrates. There is no other company with such extensive expertise.

Blue Gentoo will market Hydrafact’s™ hydrate monitoring equipment, HydraCHEK®, as an exclusive global distributor, focusing initially on customer demand from West Africa, Asia, Europe and Australia. It is expected that this will result in a business turning over £3 million and employing 20 people within 3 years. There is a big focus on gas production currently and for the next 40 years to find a cleaner source of carbon fuels.

Original Article was published in SBNN on October 3, 2017